how much does a dslr cost

DSLR PRICES. How much a DSLR costs depends on two factors, the level of sophistication and quality and whether it's new or used.

This table shows you the average DSLR cost for entry level, prosumer, and professional DSLR cameras both new and used.

Data was collected from a variety of resources and averaged. Prices of DSLR cameras fluctuate as technology and market conditions frequently change too.

**DSLR Camera prices were researched and compiled from many sources, including, but not limited to, B+HPHoto, Adorama. eBay, Amazon, costhelper.com, Walmart, KEH, and BestBuy.

Here is a bar graph to show you the price ranges for both new and used DSLR cameras. The biggest takeaway I got from doing this research is the great bargains you can get on DSLR cameras if you're willing to buy used.

For new cameras, price comparisons are easy to use because each camera is in the exact same pristine, never-been-used condition. You're comparing apples to apples.

With comparing prices with used cameras, there are several variables that come into play. It's virtually impossible to be super precise on used DSLRs because of the huge variation in 3 areas.

1. AGE. Anything older than 5 years, just in terms of technology, is considered obsolete, but that's a subjective term. Students in my workshops sometimes use cameras that were released more than 10 years ago and they're thrilled with using a DSLR instead of their new $1000 iPhone.

The older a model is the less value it has in the market. You can get the highest level pro cameras really cheap if there are several more recent upgraded versions on the market. Within a year of a new model release, "older" cameras drop in price.

2. PHYSICAL CONDITION. The DSLR cameras of pro photographers, particularly those that travel and shoot outdoors in the wild, may have quite a bit of cosmetic damage on the outside, but still be fully capable of taking 10s of thousands more quality photos. DSLR cameras can last a long time.

3. GRADING SYSTEM. Each seller might have their own grading system. A large used camera like KEH uses a system with grades completely different than eBay and Adorama. See the comparison below of grading system you'd get for determining appropriate prices for used DSLRs.

how to save money on a the cost of a dslr

list of Prices for new and used DSLR cameras

Here's a list of 10 typical prices for new and used DSLRs as the time of this post. The biggest take-away from this investigation is that you have a ton of choices for getting great bargain prices on a used DSLR (and lenses) if you so choose to go in that direction.

how to find out what a DSLR camera is worth

Of course you can just search Google (or any other search engine like yahoo or bing) by simply typing in the specific model of camera and you'll immediately be greeted with several offers from sellers who've paid to have their offer show up on the search results page.

While researching data for this article I came across another good resource related to camera equipment  pricing. This includes much more than DSLR cameras. It's got a clever name: Bokeh Market. Simply type in the brand and model of your camera, lens or other gear and the database gives you a range of values.

If you're selling your DSLR with the idea of upgrading to a newer DSLR model, this site will be very helpful for you to use as a research too. Pretty cool, right? Here's the link to http://bokehmarket.com/.

why dslr cameras are so expensive The reason that DSLRs are expensive is because they contain parts that are made up of expensive materials. Camera sensors and processing hardware are highly developed examples of marvelous technology that require significant resources to manufacture and assemble in a precise manner.

Not counting the expense of lenses, the cameras themselves are really a sophisticated mix of computer software, hardware, research, and development that can produce extraordinary photographic images.

How much does a DSLR cost for beginners?

Even the entry level DSLR cameras have more than enough technology for the newbie photographer.

Brand new DSLRs, sold as complete kits with more than 1 lens included, can be had for less than $400. 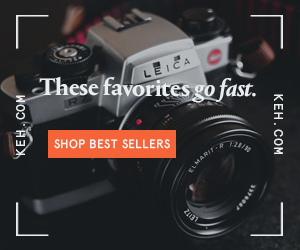 I BUY FROM KEH
CHECK OUT THE QUALITY